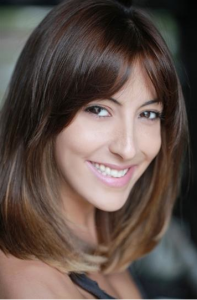 Lets start with some favourites

“they think I’m a lesbian cos I don’t wear pastels..”! From We Will Rock You

That’s a tough one, I’m going to be boring and say they’ve all been my favourites!

Little Cosette in Les Miserables at The Palace Theatre

Mary in JCS, Fantine-Les Mis, Ellen-Miss Saigon, I’d love to be in Hair and ANYTHING in Cats…! More than anything else I would love to create a role, and be allowed the artistic freedom to develop it.

I don’t think I could sing it!! It is very high!

More than happy! I had a lot of teenage girls write in whilst I played the role, some were victims of being bullied at school, some felt they lacked identity, I had no advice for them at the time other than the fact that I was bullied and felt I lacked identity as a child, that I didn’t fit in, but in hindsight “trying to fit in” is where you’d be going wrong! I’d rather stand alone and stand out!

Producing a show (albeit a small scale charity production twice a year) is no easy feat! Myself and Parnell Page share the role and we pull each others hair out by the end every time.

Its nice to live out of your comfort zone sometimes however. And CRY-UK (the charity we raise money for) is a hugely worthwhile cause.

The end result for both are equal but as for the process of each, I’d pick being on stage!

I don’t think so. Never say never, but it’s not something I have the time to dedicate myself to at the moment. Happy to sing with my lovely friends on their beautiful albums though!

Probably work in Entertainment PR in some capacity.

Cherish the nights you stayed up until 4 am listening to musicals, reading through programmes, spending all your savings on watching shows.., You can’t learn  passion, bottle that inspiration, or plan for those moments of pure creativity.

Urinetown!! Loved it, and City of Angels at the Donmar!

I would love to try my hand at acting without song 😉 ! I don’t know if I could though… musical theatre actor here.. the jazz hands might start to shake..!

In all seriousness it is something I would like to do at some point.

Auditions, along with the rest of the world!