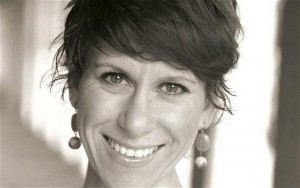 West End leading lady, star of stage and screen, Anna Jane Casey kindly agreed to be the first to do 20 questions with.  Here is how our interview went

Let’s start with some favourites

1 Favourite show (whether you have been in it or not)?

Favourite show will always be West Side Story

I love “Perfume” by Patrick Suskind

Sheffield Crucible is the best theatre in the universe!

My funeral song is Can You Feel It by the Jacksons so I suppose that’s a fave.

I could eat black pudding and piccalilli for ever…

“here Billy, d’ya not fancy us like? If you want I’ll show you m’fanny…” Said by Debbie, Mrs Wilkinson 10 year old daughter in Billy Elliot. Genius

My favourite role changes but I suppose Anita in West Side Story means a lot as it’s where I met my husband.

I’d love to play Fanny Brice in FUNNY GIRL so if anyone has a couple of million to produce it, I’m there!

My very first professional role was Tessie in the touring production of ANNIE in 1982… I was 10 and got £50 a week and it was the greatest 12 weeks of my young life!

There’s no sibling rivalry between Nat and I, in fact we both sit watching the other beaming and crying with pride.

I think with Nat being nearly 10 years younger than me, I’d look silly trying to take on any of her roles!

We’ve auditioned for the same show but never the same role.

Bless you for thinking I’m a great singer, I’m just shouting in tune most of the time! But if I couldn’t sing, I’d like to be a PA to someone like Hilary Clinton or Angela Merkel. I’m RIDICULOUSLY good at nagging and organising, that’s what 16 years of marriage and two kids will do for you!

I’d say take every opportunity that’s offered to you and don’t back down because someone says it’s not for you. If I’d have been braver, I’d probably be a major rockstar by now!

I saw Warhorse for the first time a few months ago and it blew my mind. I was moved for days after.

I’ve done a few plays that haven’t required me to sing or dance and they’ve been great but straight actors are usually so intense about it all and moaning about how hard their work is and I just keep thinking, “wait til you have to do that big dance break in act 2″…!

We live near Blackheath where the London marathon starts and my hubby and I used to watch it on telly in bed and then when I had my first girl, I couldn’t get any work and so to keep me from going insane I entered the marathon  to give myself a focus in life. And now I run to get out of the house and away from the kids for an hour!!!!

If I could be anyone else for a day I’d be Barack Obama…now THAT’S a position of responsibility I’d like to get a handle on!

This year (2015) I’m doing lots of lovely concerts and there’s a big summer musical I’ll be involved with but I can’t tell you what yet as it’s not been announced!

Making full use of the atmospherics from The Woman In Black and some very muted lighting, our group of around 30 or so met in the stalls for a Ghost Hunt around the magnificent Civic building. Led by Front of House manager Andrew Hutchinson and helped along by Signor Pepe himself we were introduced to various friendly spirits said to still reside in the theatre.
While we sat in the stalls Andrew told us some history of the building and of Signor Reno Pepe, quick change artist and favourite of Queen Victoria, who owned the Civic when it was the Hippodrome and Palace of Varieties. We learnt of his wife and of their dog, a pekingese whose body was found buried in the building during a 1990’s refurbishment and whose ghost is frequently seen by children.

On the stage we got to hear about a phantom ballet dancer and Gordon the stage door manager who still rattles his keys around the building. In the dress circle we heard about seat 666 which has been found in the seated position despite the countered springs that close it. And the brave ones went to look in the side box favoured by Pepe and a popular place for sightings of him.

Up in the upper circle we split into groups, the first group went to dressing room 12 which is reportedly haunted by a child. And some of the group could hear quite clearly a child playing and a strong alcoholic smell. The other group visited the Flyfloor and said “Hello” to Jimmy the Flyman who is said to still like to keep an eye on his ropes. The groups then swapped so they could experience all there was to see and hear and do.

All too soon the tour was over. And we had to say goodbye to the ghost and the Civic. A huge big THANK YOU to Andrew and the staff who helped to make this ghost tour so thoroughly enjoyable

Since its first performance in 1987 The Woman In Black has been terrifying the audiences of UK. Written by Susan Hill and adapted by the late Stephen Mallatratt this play within a play entertains and frightens in equal measure, drawing on the imagination of the audience to produce shocks and scares.

Telling the story of Arthur Kipps, old Arthur (Malcolm James) takes the unnamed actor (Matt Connor) through his spine chilling tale. Young Arthur is given the job, by the firm of Solicitors he works for, to travel north to sort out the affairs of the late Alice Dablow. Visiting her house, cut off by tides and sea fret, Arthur experiences far more than he bargains for.

With James taking on the various bit parts of characters along the way and Connor, at times, acting a monologue, we are treated to a genuine spooky experience.

Special mention must go out the sound and lighting directors because its partly their fabulous setting that helps to build the atmosphere, the elderly theatre also lends itself to the effect. But it really is the power of the imagination that is the main clincher in this tale. Sitting in the auditorium, petrified, surrounded by people audibly screaming is an experience in itself.

Its a show worth seeing twice, the first time to be scared witless and the second to take in this magnificent story and to watch the reactions of the people around you

Bryony Lavery’s inspired re-imagining of Treasure Island is a true wonder to behold. Big and brash, wonderfully acted but the star of this production is undoubtedly the magnificent set. Making full use of the Olivier rotunda we saw the Hispaniola in full glory in the first half and the tunnels of the island in the second. The stars by which the route was plotted filled the ceiling and Lizzie Clachan and Bruno Poet must be congratulated on their vision and their staffs abilities to bring it to fruition.

Jim (Jemima) Hawkins is brought to life by Patsy Ferran and Arthur Darvill brings charm to the villainous Long John SiIver but Joshua James as half mad cheese loving Ben Gunn is outstanding too.

James, who argues with himself as if he were in his own chat show, is one of the original features of the production. Tim Samuels’s doleful Grey – a pirate so colourless that no one ever recognises him – is another. But a difference worth noting is Ferran as Jim: “Be you boy or be you girl?” “That be my business.” And Captain the Flint the parrot remotely controlled is a triumph

Although in the National for the Christmas period this is not a pantomime. Its rough and rugged with body parts, blood splatters and pirates – all of them bad, mad and dangerous to know. Treasure Island is daring, scary, fast paced and has moments of (black) comedy.

From around 30 minutes before the show began the spot lights started to slowly move around the stage and a low reverb from a guitar started. The closer to the start of the show the faster the lights moved and the guitar got louder until there in silhouette stood Brian May. Then all lights off, pitch black and full light and into One Vision.

Brian May is, of course, a musical genius. His 6 minute guitar solo to lead into Tie Your Mother Down was outstanding as was the drum off, deliverance style, between father and son Roger and Rufus Taylor.

Adam Lambert is the first to admit he is not Freddie Mercury, there could only ever be one. But he has an amazing voice, and his campness and flamboyance have an echo of the immortal Mr Mercury. His showmanship complimented rather than imitated. Who else would have a chaise longue and drink champagne?

And Freddie himself did show up to sing. In the first song One Vision he did his “I had a dream. When I was young. A dream of sweet illusion. A glimpse of hope and unity. And visions of one sweet union” etc. During a Brian May solo version of Love of My Life up popped Freddie to help lead the singing and of course no one else could sing Bohemian Rhapsody and it was amazing.

There were songs I hoped to hear but didn’t and there were songs in there I wasn’t expecting, The Fog On The Tyne being the main one – but as a homage for the first night of a tour in Newcastle what else would you sing?

The show ended with Adam Lambert in the trade mark crown singing We Will Rock You followed by We Are The Champions and an instrumental version of God Save The Queen and it was done.

The stage and the lights were awesome. The stage was the shape of a Q with a large O with lights on it and the stick of the q was a path on to the main stage. They are very fond of red as a background colour but with a vast array of lights producing amazing patterns it was difficult to concentrate on the music with the lights hypnotising you. They were inspiring, I only wish I could produce such a show. With the sound and lights matching perfectly it was almost a son et lumiere with the narrative of the Queen back catalogue.

In a dream come true I finally got to see Queen and in a night of high voltage entertainment I was totally blown away. If you missed it you missed out but if you get the chance go and see this spectacular show